Typically a placer mine moves up-valley so that settling ponds and water runoff will be down gradient from the wash plant. Often the original stream is relocated to a temporary channel during the period of mining. In addition, the previously mined ground cannot be immediately reclaimed since it is necessary to maintain a drain below the operation. Miners have also found that it is almost impossible to control all of the water that comes into the mine from the side hills and the cut above the wash plant creating the potential for prolonged erosion and down-stream environmental impacts. Once the mine has ceased operations, the miner is then faced with the need to reclaim large tracts of stream valley with no more prospect of additional income from the property. 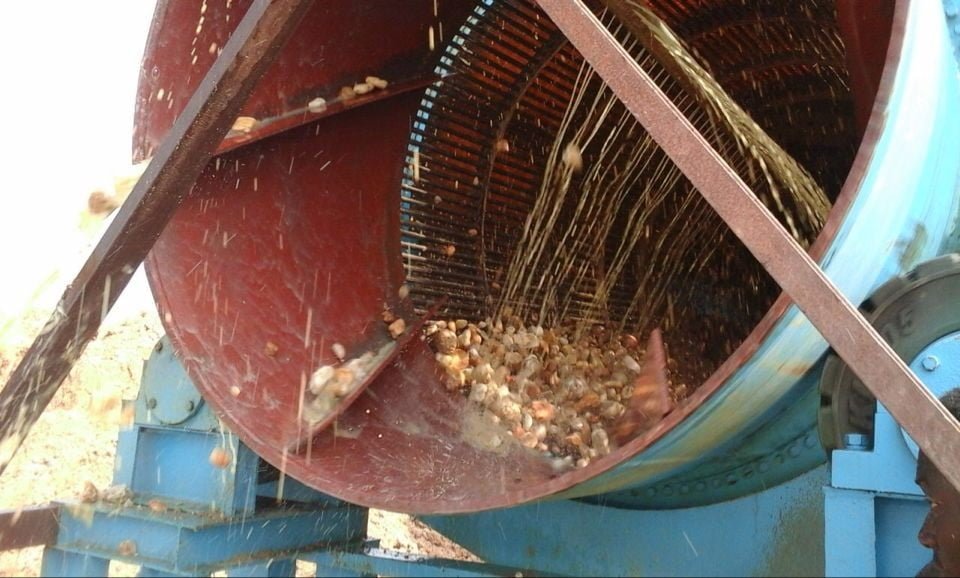 Recently two popular mining methods have been developed that make reclamation easier. One is the “Koppenberg” method in which the wash plant is highly portable. In this method, the wash plant is continuously moved to the pay dirt instead of the pay dirt being moved to the plant. In this method, the size of each mining cut is the length of the back-hoe arm that feeds the plant. No great mounds of tailings are generated because the tailings are backfilled into the previous hole as the plant moves along. This method works extremely well in narrow valleys but does not work well in frozen ground.

A second new method, effective in mining large open-cut mines is to mine down-valley instead of the standard up-valley method. This means that the recycle pond and settling basin is up hill from the cut. The result is they can much more easily control the amount of water coming into and escaping from the operation, and they can reclaim the old cuts as they mine down-valley away from them. Since they are not needed to maintain an open drain, there is no reason for the open cuts to be left unreclaimed. A critical part of the reclamation plan is to plan for the position of the stream at the end of mining.

Gold placer mining consists of three major operational steps: extraction, beneficiation and processing. Extraction is defined as removing ore material from a deposit and encompasses all activities prior to beneficiation. Beneficiation is the operation by which gold particles are separated from the associated undesirable material. Beneficiation in placer mining usually involves gravity separation techniques. Processing operations, including smelting, produce final marketable product bullion like a gold bar from the gold concentrate produced in beneficiation. Most gold placer mining has been conducted using surface techniques, although some underground drift mining of placers occurred historically.

At a typical placer mine, overburden is removed to expose the pay zone. In some permafrost areas, or where other conditions require it, the pay zone is blasted to fluff-up the material and make it easier to excavate. The gold-bearing gravel is then hauled by trucks to a wash plant, which consists of a combination of equipment used to size and concentrates the pay dirt. A typical wash plant consists of a grizzly where initial sizing takes place and extreme oversize material is rejected. A trommel then sizes the remainder of the plant feed. The pay dirt is then washed into a sluice box or sluices, where the gold and other heavy minerals are concentrated and settle below the riffles and onto matting. The gold remains in the sluice, while the tailings and wash water flow out of the sluice and into tailings or settling pond. The number and configuration of settling ponds varies depending on site specific conditions. The purpose of the settling ponds is to allow the solids to settle out prior to recycling the water back to the wash plant.

The ponds may also serve to reduce the sediment load in any remaining water prior to discharge. 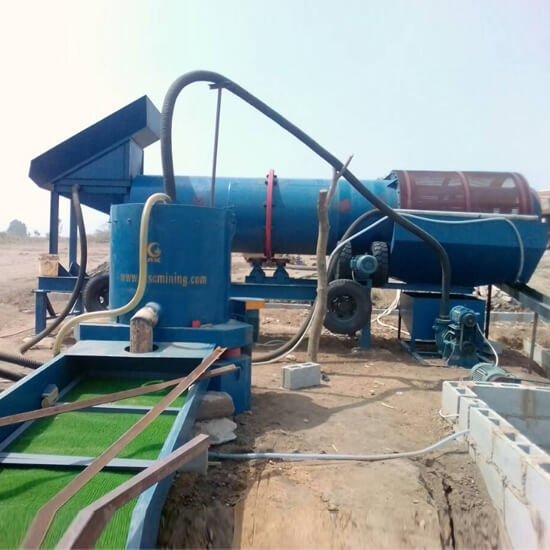 Periodically, (on the order of 1 – 2 days) the wash plant is shut-down and the gold is removed. The concentrate may then be subjected to further, more refined concentration, with gravity separation techniques such as jigs, shaking tables, gold centrifugal concentrators and pinched sluices, and possibly magnetic separation if magnetite is present, to produce a high-grade concentrate that suitable for processing.